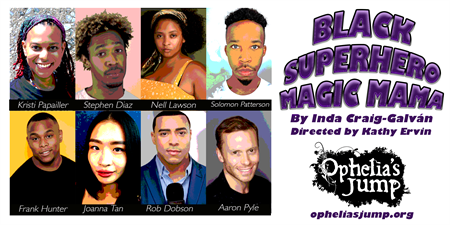 Ticket prices: General Admission $35, $20 for preview performances, $20 for College Students with ID, Thursdays-- Pay What You Can/Pay It Forward. 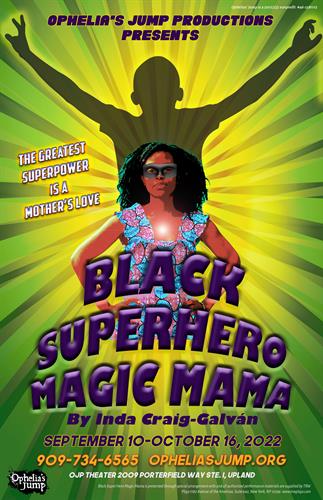 Ophelia’s Jump Productions closes their 2022 Season with Inda Craig-Galvan's, Black Super Hero Magic Mama. The production will be performed at the OJP Theater, located at 2009 Porterfield Way, Suite I, in Upland, from September 10 through October 16, 2022.

All the books Sabrina reads to her son, Tramarion, start off with a tragedy but then the young protagonists are made whole. Little does she know that Tramarion's life is heading in the opposite direction. When Tramarion is gunned down in a parking lot by a cop who thinks the trophy in the 14 year old's hand is a gun, Sabrina sinks into inconsolable grief. She balks at the expectation that she present her grief for the public as a rallying call. When Sabrina does not make a public appearance the talking heads question her motives. "The mothers always go to the rally. Isn't it, like, some kind of protocol?"

Facing crushing tragedy, Sabrina retreats into a fantasy comic book world created by her gifted son, Tramarion and his friend Flat Joe. In that universe she is The Maasai Angel in search of an ultimate combat with a faceless Entity to "get back what's mine."  Ala Wizard of Oz, Sabrina confronts comic book style villainous avatars of people from her real life-- the police, the media, Tramarion's coach. This inventive play takes the audience inside the mind of one mother as she battles to overcome her sense of loss and find a way forward. The play is a wild ride mixing elements of graphic novels and gaming that coalesce into an imaginative, surprisingly funny, and deeply touching adventure.

Inda Craig-Galvan wrote Black Super Hero Magic Mama in response to the killing of Tamir Rice, a 12 year old boy who was playing with a replica gun when he was shot and killed by a white police officer. Since the play's initial writing, black young men and boys have continued to be killed by police at a disproportionate rate. Black Super Hero Magic Mama continues to be powerfully moving, provocative, and painfully relevant.

The play contains strong language, stylized gun violence re-enactment, and exaggerated comic book style fight scenes, but will appeal to audiences of all ages in its treatment of family and our ideas about heroes. Parental discretion is advised.

"The ineradicable ache of a mother’s loss comes through with devastating force in “Black Super Hero Magic Mama..."

"[W]hat ultimately makes Craig-Galván’s play so moving: its twin reminders that motherhood is a kind of superpower and that sometimes, tragically, even that is not enough." --Boston Globe

Ophelia’s Jump is a non-profit theatre company serving the Eastern San Gabriel Valley. Ophelia’s Jump stirs the conscience of the community through performance and teaching that create conversations, spark imagination, elicit visceral responses, and move people to action. We are a professional, non-profit theater company that questions the status quo by telling stories created by and centering under-represented voices, especially those of Women, LGBTQIA+ and Black, Indigenous and People of Color (BIPOC) artists and audiences. 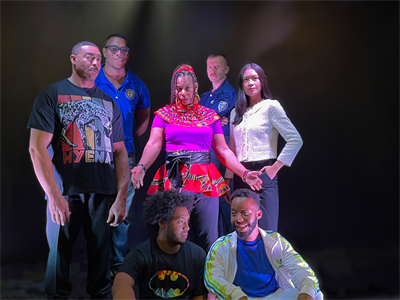 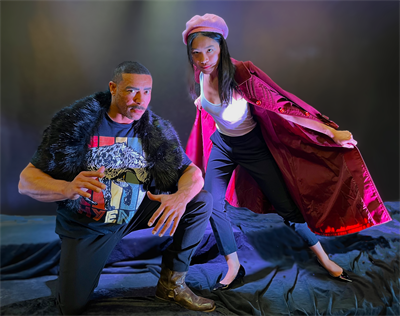