A Night at the (Improvised) Theatuh

Event Description:
A NIGHT AT THE (IMPROVISED) THEATUH
November 9 • 8 PM

A Night at the (Improvised) Theatuh is a showcase of improv styles that pay homage to our scripted roots as thespians!

COMMUNITY THEATRE 3000
CT3K loves theatre. They have performed in and watched a ton of it. With a love of theatre comes a close and personal relationship with terrible theatre. Complete with terrible dialogue, performances, directing, and calling for lines, our talented performers recreate live theatrical nightmares all while being decimated by a much too honest team of hecklers. 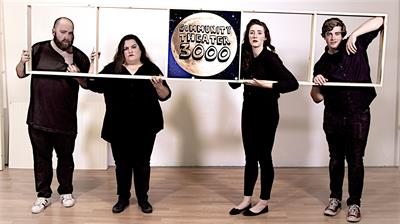