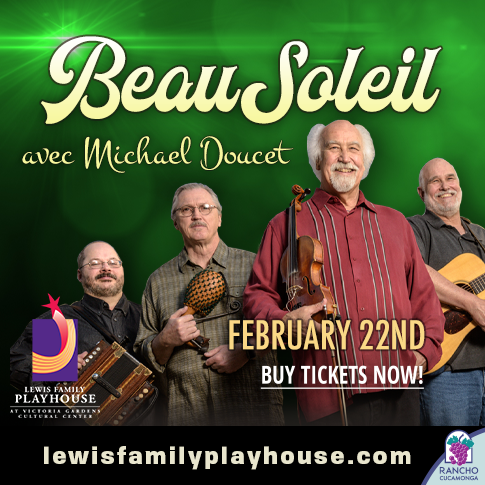 Just in time for Mardi Gras! For the past 40 years, BeauSoleil avec Michael Doucet has been producing some of the most potent and popular Cajun music on the planet. Born out of the rich Acadian ancestry and driven by the hypnotic fiddle playing and soulful vocals of its creator, Michael Doucet, BeauSoleil was the first Cajun band to win a Grammy® (1998), and landed another in 2010. Their distinctive sound derives from the distilled spirits of New Orleans jazz, blues, rock, folk, swamp pop, zydeco, country, and bluegrass, captivating listeners all around the world.