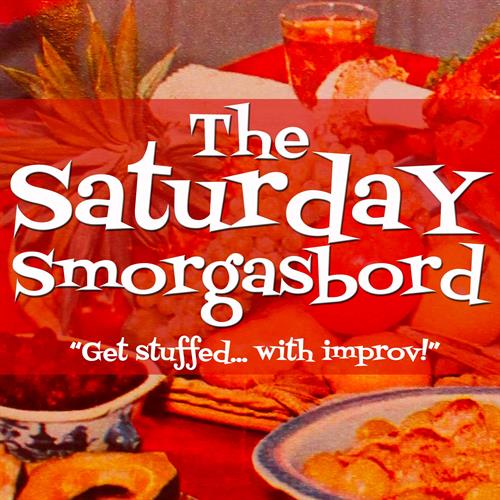 Event Description:
THE SATURDAY SMORGASBORD
August 18 • 8 PM • $15
*Content is improvised, so we don't know what'll happen! We reccommend this show for adults.*

The Saturday Smorgasbord is an event like no other! Each Smorgasbord features different improv teams and forms from around SoCal. You can stuff yourself with an un-ending sampler platter of all the most delicious styles of improvisation!*

*No food actually included. This is a mental feast.
...bangarang...

THE LOBBY
For over 13 years the Lobby has been delighting audiences with their signature high energy comedy. They have twice been named the "Best Improv Comedy Group" by MyFOX Los Angeles, and are the founding team of Spectacles Improv Engine based in Orange County. This Smorgasbord, they bring you "Youneral"- a celebration of the life and death of someone in the audience.