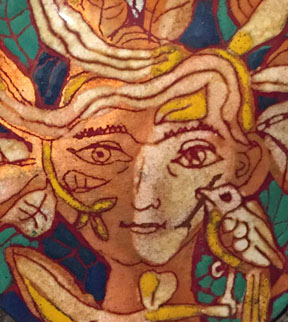 Jean Ames, The Garden, 1956, enamel on copper
Event Description:
Animals, both real and fantastic, occupied an important place in artistic expression in mid- twentieth-century Claremont, appearing in the work of ceramists, painters, enamelists, and sculptors. Primal Nature: Animalia by Women in Post-War Claremont, curated by Susan M. Anderson, focuses on this phenomenon, particularly in the work of women artists who played a vital role in the development of the arts in Claremont.

The exhibition, sponsored by Gould Asset Management LLC, will be on view September 21, 2018 through January 6, 2019 at the Claremont Museum of Art, located in the historic Claremont Depot at 200 W. First Street. The museum is open Friday, Saturday and Sunday, noon to 4:00 PM, and during Art Walk, the first Saturday of every month from 6:00 to 9:00 PM. For more information, visit www.claremontmuseum.org.
Event Media: 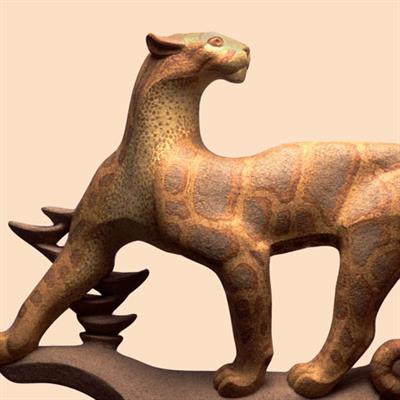