SONDHEIM ON SONDHEIM, a musical celebration at Ophelia's Jump from May 20 through June 5 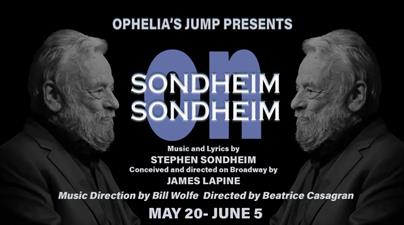 General admission: $35. Preferred seating (reserved in advance): $40. Local college students: $20. The performance on Thursday, June 2 is Pay What You Can. 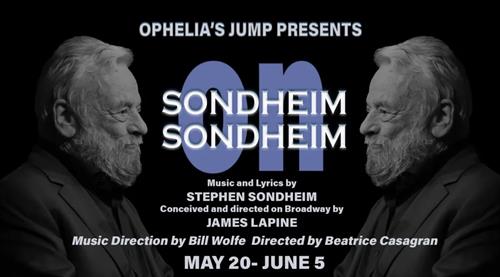 Tickets are on sale for the Stephen Sondheim musical revue, Sondheim by Sondheim, presented by Ophelia’s Jump celebrating the art and life of the Father of the Modern American Musical.

Mentored as a young man by legendary lyricist Oscar Hammerstein II, Sondheim evolved the traditional musical exploring serious themes and complex lyrics and music beyond the previous boundaries of the Broadway musical genre. He became the theatre’s most successful, innovative and influential composer and lyricist of the last 65 years, winning eight Tony® Awards, nine Grammy® Awards and an Oscar®.

Sondheim on Sondheim was created in 2010 by Sondheim’s occasional collaborator James Lapine (who wrote the book for Into the Woods, Sunday in the Park with George, and Passion). Lapine says, “It’s a collage of his life, in which who he is and how he got there comes into focus.”

The revue includes many well-known Sondheim songs from West Side Story, Gypsy, A Funny Thing Happened on the Way to the Forum, Passion, Company, Follies, A Little Night Music, and more. Sondheim wrote a new song specifically for this show.

Director Beatrice Casagrán co-founded Ophelia’s Jump Productions and is the company’s Artistic Director. Her award-winning directing work includes the productions of The Hall of Final Ruin, The Electric Baby, Tribes, Titus Andronicus, Ruthless!  The Musical, Boston Marriage, Clybourne Park, and many more. She received her MFA from Cal State San Bernardino. Ms. Casagrán is the Board Vice President of the Theatrical Producers League of Los Angeles.

Sondheim on Sondheim is a multimedia experience featuring new arrangements of the composer/lyricist’s most beloved work complete with commentary by Sondheim himself.