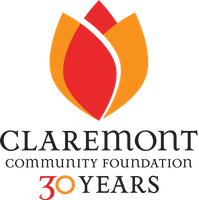 Hosted by the Claremont Film Festival

Michael O’Neill is a composer and producer with over three decades of experience at the highest levels of the music industry.  Michael has composed music for dozens of TV shows and films. As a guitarist he has played on projects with such artists as George Benson and Al Jarreau.

Eshaana Sheth is a first generation Indian American writer, director and actress.  Currently based in Los Angeles, she previously lived in New York City where she studied at Barnard College of Columbia University.

Alex Galaviz has provided his makeup artistry for many film projects.  He will demonstrate his craft at the event.

Pies will be served!!

This event is part of the Claremont Community Foundation's annual fundraiser,
PARTY PARADE, a series of fundraising events throughout March.